Yesterday we started the long drive home. Popper's crate was just a little too big to fit where I wanted it to, so we had to rearrange some. Talk about a full car! 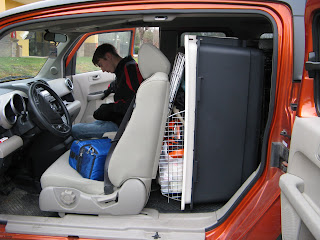 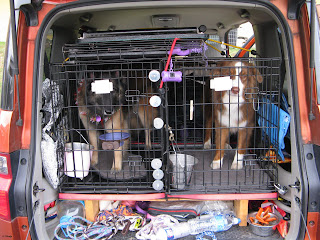 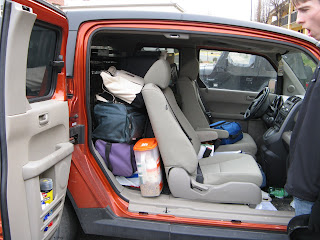 Clocked in 12 hours and just over 800 miles, landing us in Thornberg, VA. 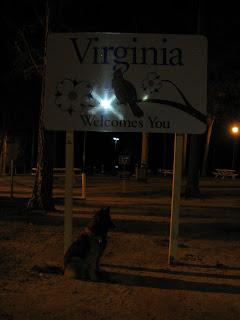 The hotel was... interesting. It was one of those where they have a special window for late at night and won't let you into the lobby, which always makes me concerned about the area. Then when we went into the room, first thing we find is the handle for flushing the toilet detached and sitting on the toilet seat. Great. So we had to do all flushes manually (luckily that worked fine). Then the door wouldn't close properly, so we had to fight with that for a while. I'm glad we were only there for one night.

Today we hit some rain and snow, but nothing drastic. In the Arlington/DC area the signs said that the restricted lanes were open to all traffic, so I of course took them. Unfortunately I was so excited that I didn't pay attention to which road exactly they were associated with... so we went through DC instead of around it! 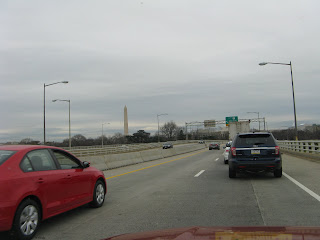 It turned out to be a nice adventure - got to see the Pentagon, Washington Monument and a couple other landmarks. It also took us half the time that that area did last week and we ended up where we needed to be, so all was well.

Handed off Popper in Wilkes Barre, PA and then made the last 2 hours home in good style.
Posted by Kate at 8:17 PM